CBEBA understands that education is important; the days of athletes getting into college on athletic merit alone are gone. Therefore we will strive to have CBEBA student athletes carry a 3.0 or better GPA. Any CBEBA athlete that falls below a 2.8 GPA will be provided tutoring. Any CBEBA athlete that falls below a 2.5 will be placed on probation and will be required to attend tutoring until GPA is up. To make it on the CBEBA Honor Roll the student athlete must have a 3.5 GPA or Better.

K.J. Sapp
6th elite – 3.42 GPA KJ took two math classes one was for his regular 6th grade math, and the other math class was “MathMagic” which they boost him up to 8th grade math. He received a B in this class.

Steffen B is pulled out of class to participate in the Gifted and Talented Program at his school for reading and writing.

Nick H
made the “A” honor roll

Jack B was a member of student council; competed in three sports: cross country, basketball and lacrosse; had the starring role as MacBeth in the school’s Shakespeare production; and volunteered with his homeroom class at Food Bank of the Rockies repeatedly over the course of the year. While his school does not use a letter grade scale, Jack’s scores were repeatedly in the 90%’s with many tests over 100%. He was asked to always take challenge level work in math. Jack scored 96% in his science fair project and won prizes for his experiment examining the bounce of basketballs of differing temperatures. Jack wrote a paper and was asked to be a guide for incoming shadowing students.

K. J – “Top Scholar Award” for being one for the Top students in the City of Aurora and in the Cherry Creek School District. He received an award and a certificate that came from the Mayor of Aurora another from a State Representative. Also, KJ was nominated by his teachers to enroll in all honors classes this up coming school year. He was interview by the Honors teachers and was select to be in their program.

Aaron was the only 3rd grader at St. Louis that made President’s Physical Fitness.

Colton H made the “A” honor roll

For today’s athletes keeping your body prepared to perform at a high-level is extremely important. The time between club basketball and high school basketball can be a time to improve or if nothing else maintain momentum that was gained in July. The tough thing for most high school athletes is how to do this. We […] 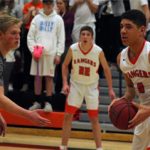 MONUMENT — In the second half, the Lewis-Palmer boys basketball team plays toward the east basket. Behind the basket, sits every state championship banner that Rangers have won. Not just in basketball, but in all sports. Read the full article here 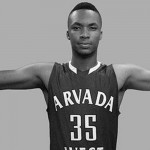